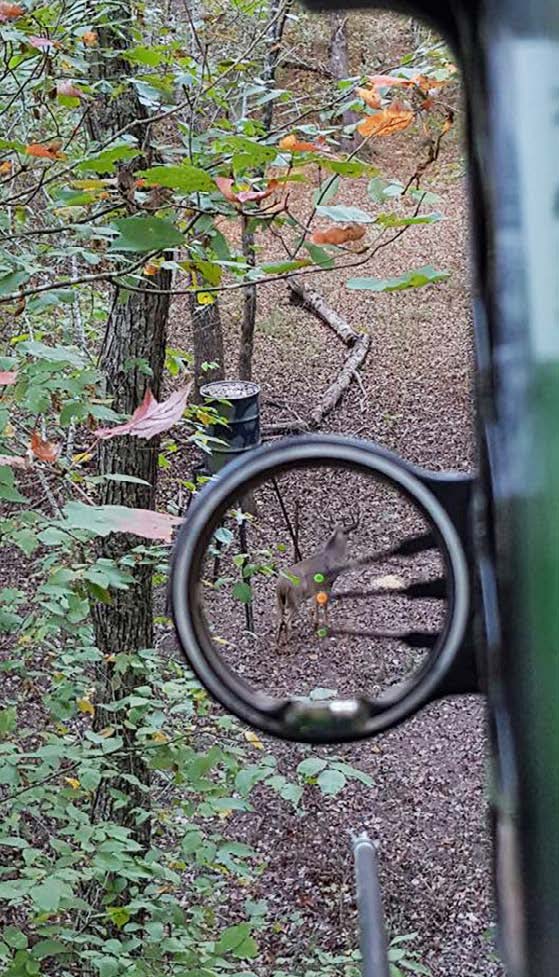 For several years, a buddy and I outfitted archery elk and bear hunts in the mountains north of Steamboat Springs, Colorado. Most of our hunters came with sight pins set from 20 to 80 yards, and many were proficient at shooting good groups at targets at the longer ranges.

But when a bull was called in within what we called “killing range” (35 yards or less) and was standing there staring down the hunter with bull eyes bulging and nostrils flared, we noted that many hunters would hesitate while deciding the exact sight pin to use. While elk are not nearly as jumpy as Whitetail, it doesn’t take them long to size up a situation. The hunter’s hesitation of even a few seconds can change the bull of a lifetime to a lost opportunity. Choosing the wrong pin to sight with is even worse than hesitating, and that often results in a wounded, unrecovered animal.

I’ve been bowhunting Whitetail deer for many years. Looking back, the longest shot I ever took on a buck was 33 yards. That was in North Dakota a decade or so ago. I was sitting in a ground blind watching a pickup-bed-sized pile of corn about 25 yards from the blind. About 15 minutes before the end of the legal shooting light, I watched a herd of about 10 deer (mostly doe and smaller bucks work their way down a hillside) heading for the bait pile.

Trailing the herd was a good buck that I hoped would hurry and close the distance before darkness set in. The doe and smaller bucks went right to the corn, but my target buck hung up at what I ranged to be 35 yards.

Light was fading fast, and I knew it was now or never. The rangefinder indicated 33 yards. I had my sight pins set at 25 and one at 35 yards, dead on. In the low light, my aging eyes could easily pick up the green 25-yard pin, but not the orange 35-yard pin. A twist of the sight illuminator lit both pins up just fine, but the added light obscured the target in what was now very low light.

It came down to determining whether to shoot with the 25-yard green pin or pass on the big buck. I knew from much practice that my arrow would drop about five inches from 25 to 35 yards, and I used a bit of Kentucky windage. I aimed for the top of the lungs. The arrow dropped perfectly into the vitals. Had that top green pin been set at 20 yards, I would not have been able to make the shot.

This 33-yard shot was, to date, the greatest distance for my taking a Whitetail, and I hold tight to my self-imposed rule of 35 yards. Deer are way too jumpy for making long shots. Even with today’s fast bows, a lot is left to chance when making long shots at Whitetail.

When I squeeze that release, I want to know that the shot is a high-percentage one. I want to concentrate on shooting form and not have to worry about making a hasty misjudgment on which pin to use. The highly visible green pin makes executing the shot much easier. The second pin set at 35 yards would be beneficial for shooting at my maximum self-imposed yardage.

Many hunters use the slider sight pin set up and it works great, but I much prefer my two-pin setup. With a slider sight, the animal has to first be ranged to determine the yardage, and then the hunter must take his eyes off the animal and slide the sight to the proper yardage indicator on the sight. I like to keep my eye focused on the animal from the time I spot him until I release the arrow, and with my setup, this is possible.

I have a good buddy who has used the slider pin setup for years. He now has a spot marked on his yardage indicator for 25 yards and one at 35. We hunt Whitetail together a lot, and after a year of so using this setup, he conceded that his next sight will be a fixed sight with two pins. Granted, he used the 25-yard pin for the vast majority of his shots, but if he needs to shoot at 35 yards, it’s either looking away from the animal and adjusting the slider pin, or using Kentucky windage!

With today’s fast bows, it’s usually possible to get arrow speeds of 280 fps or more with bows set at 60 pounds. Shooters pulling 70 pounds can expect closer to or above 300 fps, depending upon the bow. My Gearhead bow set at 55 pounds is shooting about 285 fps, which is plenty fast for a flat trajectory out to 35 yards with minimal arrow drop.

I remember years ago an instance of actually setting a pin for 10, 20, and 30 yards. Arrow speeds would be a bit over 200 feet per second and shots had to be kept to within 25 yards. Beyond that, arrows dropped like a brick in a well. In those days, much was written about deer “jumping the string,” but with today’s super-fast bows, that term is becoming a thing of the past. It takes a mighty fast deer to duck an arrow zipping along at 300 fps inside my self-imposed shooting limitations.

Lighted sights are very helpful. I have them on my hunting bows, but during the last minute of shooting light, they can obscure the target (at least for me). I’ve found my bright green single pin works better in hunting situations when shooting light is fading fast.

Sight pin size preference is a matter of choice and practicality. Most hunters today opt for the .019 diameter pins, but if one’s eyesight is a bit challenged, the .029 pin might be a better choice. I prefer the smaller diameter pin for most hunting situations, especially when in low light. It might seem that a bigger sight is better during low light, but the opposite is true for most hunters. The larger pin often obscures the animal, while a smaller “dot” makes the outline of the animal more visible.

Bowhunting is a uniquely personal style of hunting. We all have to experiment to determine what system works best for us. After about four decades of chasing deer and elk around with stick and string, I’ve found that the two-pin setup is the most effective for me. Again, it’s that top green 25-yard pin that has allowed me to take a bunch of antlers and venison for the freezer.

Luke was raised in very rural Red River County where he grew up hunting and fishing. He began amateurishly writing about his adventures at the age of 12, the accounts of his boyhood outings often filling several pages of his Big Chief tablets. Luke began writing professionally while in his twenties and currently writes an outdoor newspaper column that runs weekly in 40 Texas newspapers.

Luke is hunting/shooting columnist for Texas Wildlife Magazine and writes regular features for several other outdoor magazines including Airgun Hobbyist where he is Hunting Editor.

Radio is a fun endeavor for Luke and his shows are known for his relaxed and down home style WWW.CATFISHRADIO.ORG Luke is on the pro staff of Airforce Airguns, Smokin Tex Electric Smokers, and TRHP Outdoors. Luke and his long time friend Larry Weishuhn also produce a bi-weekly internet radio show titled HUNTING WIRE RADIO and Sporting Classics Radio on Sporting Classics Daily.com

Luke covered hunting for the Texas Almanac, one of the oldest and most revered publications in the state. With almost 38 years under his belt as an outdoors writer, Luke has no intention of slowing down anytime soon. He continues to love the lifestyle that has been so fulfilling throughout his life.

View all posts by Luke Clayton 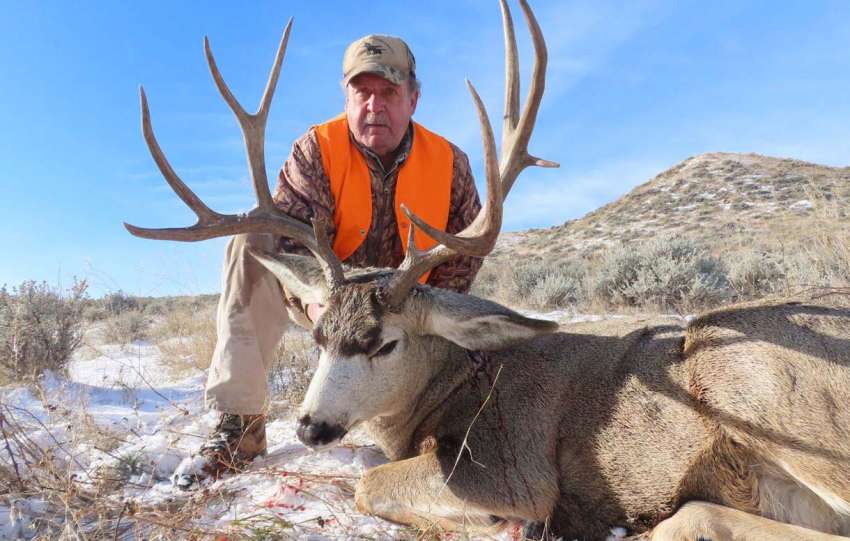 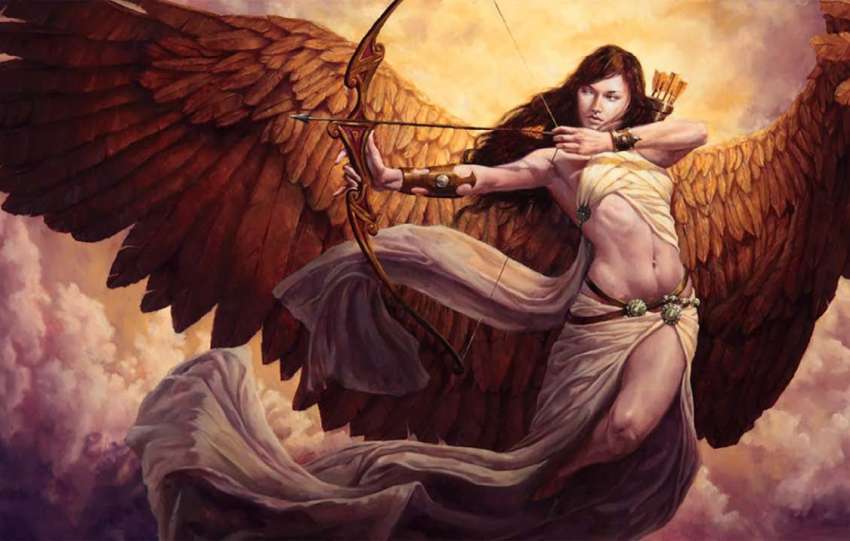 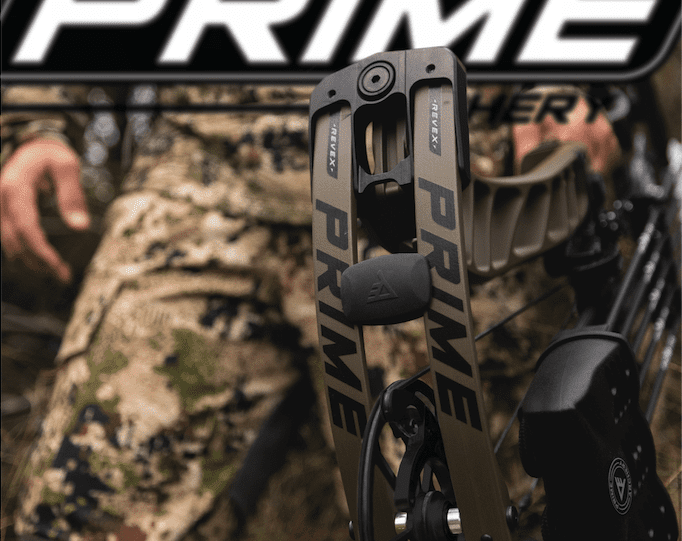