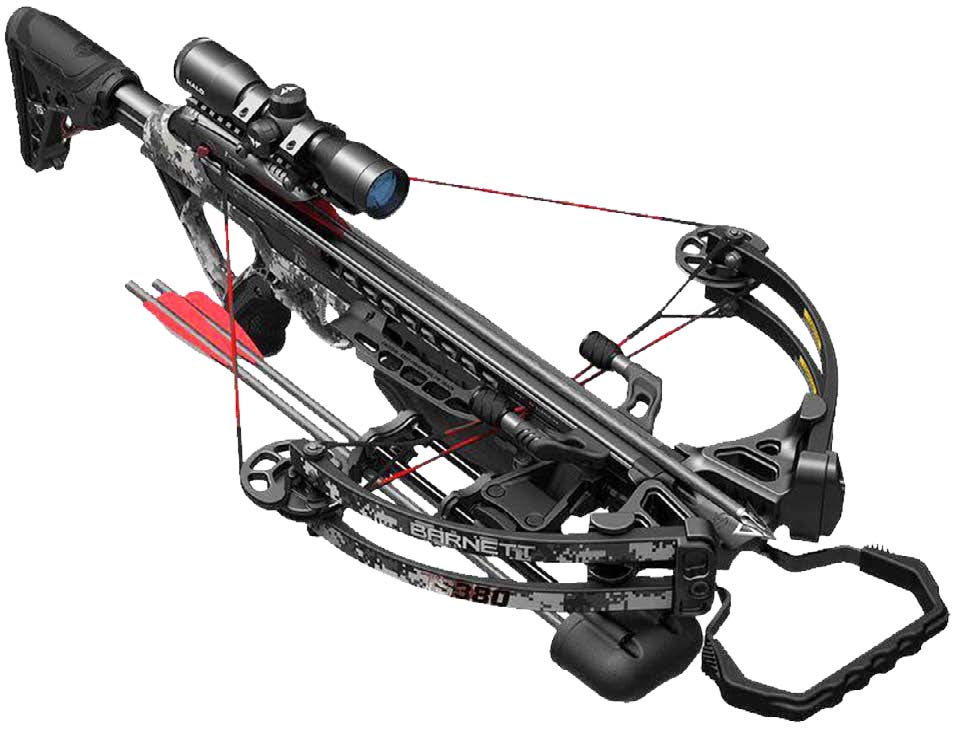 Barnett Outdoors was founded in central England by Bernard Barnett in 1962. After building a large following in the United Kingdom, the company continued manufacturing products there until the mid-2000s. They then consolidated all of their operations into a facility in the United States, in Florida, where the company is still headquartered today.

As one of the original pioneers in the crossbow industry, Barnett is responsible for much of the meaningful innovation present in today’s crossbows. The company’s products remain the top-selling crossbow on the market. Barnett has grown substantially since 1962, and it is currently under the Plano Synergy umbrella, which affords it access to a vast array of resources and experts in a variety of fields.

“Barnett is the world’s number one producer of crossbows because we scrutinize every aspect of every product. We focus on precision, safety, and performance, taking care of all the details so you can take care of business. Crossbows come in all shapes and sizes. Each has its own set of benefits and drawbacks, but Barnett stands behind all of its crossbows as lethal hunting weapons and effective tools for sport that get the job done.”

The Barnett TS 380 is shipped in double-encased, durable cardboard packaging and is available in Digital Gray camo. It is topped off with a 4x32mm non-illuminated, multi- reticle Halo scope, three-arrow instant detachable quiver, two 304 grain 20-inch Headhunter arrows with 100 grain field points, built-in string dampeners, TriggerTech custom trigger, and a rope cocking device. The crossbow has a single bolt assembly and is ready to shoot in seconds.

The TS 380 has speed, fit, and function all on its side and delivers an overall shooting experience that’s as comfortable as it is effective. The adjustable length-of-pull buttstock and pass-through foregrip make the crossbow easy and comfortable for any shooter to shoulder. It also has safety on its side with an anti-dry fire TriggerTech trigger and a patented Soft Lok floating bristle arrow retainer. The digital gray wrap and premium aluminum flight track round out the package.

I always stress the difference between the advertised specs of individual crossbows and the actual “hunt setup” specs. Most of the time, manufacturers market bare bow specs, which can be misleading. In extremely rare cases, the advertised weight and speed are actually the true weight and speed of the crossbow when set up in full hunt dress.

The Barnett TS 380’s advertised weight without accessories is 6.9 pounds. Our comparison weight with the crossbow fully dressed in hunt mode is 8.6 pounds. It is 16.75 inches axle to axle uncocked, and 13.75 inches cocked. It sports a draw weight of 200 pounds with a 12.6- inch power stroke. The TS 380 is easily cocked by hand with the included rope cocking aid. For those interested in a cocking device, it can be purchased separately through the Barnett website. The TS 380 also includes an auto- engaging trigger, which automatically moves the safety into the “safe” position when the crossbow is cocked. It also has a CNC-machined aluminum flight track, three picatinny accessory rails, adjustable length buttstock, finger safety guards, pass-through foregrip, and track- mounted string dampeners.

The TS 380’s TriggerTech trigger assembly incorporates Frictionless Release Technology, which creates a free- floating roller between the sear and the trigger. This offers a smoother, lighter trigger. Nock sensors and anti-dry fire give the shooter peace of mind for double the safety, and zero-creep release provides confidence to make the shot. The auto engaging safety is ambidextrous with a dry-fire inhibitor. The trigger on our test bow demonstrated no take-up and broke very crisply at 4.0 pounds. The Barnett TS 380 has an outstanding trigger.

The TS 380 crossbow has an enhanced fit with its push-button buttstock adjustment. It is finished with rubber over-molded pistol and foregrips that include finger-guard protection. The crossbow shoulders very nicely and is well balanced in the hands, with no front- end heavy feel. It is only 32 inches in length, and with its built-in string stop system, our decibel monitor revealed the TS 380 registers below average (quieter) when compared to other crossbows shooting its speed. It is very impressive, indeed.

At the shot, we could feel no vibration from the cross- bow. For accuracy testing, I shot five groups of three arrows at 30 yards off a bench rest, then repeated the process at 40 and 50 yards.

The TS 380 consistently held two-inch groups at these distances, which is considered average. However, it should be noted that with a simple optic and arrow upgrade, there’s little doubt that the Barnett TS 380 would be a real shooter, even rivaling crossbows that are three times its price point.

It is rated at 380 FPS, but the average speed we could obtain was 373 FPS. That’s not quite at its advertised rating, but it’s still plenty fast enough to take down any big game animal in the world. 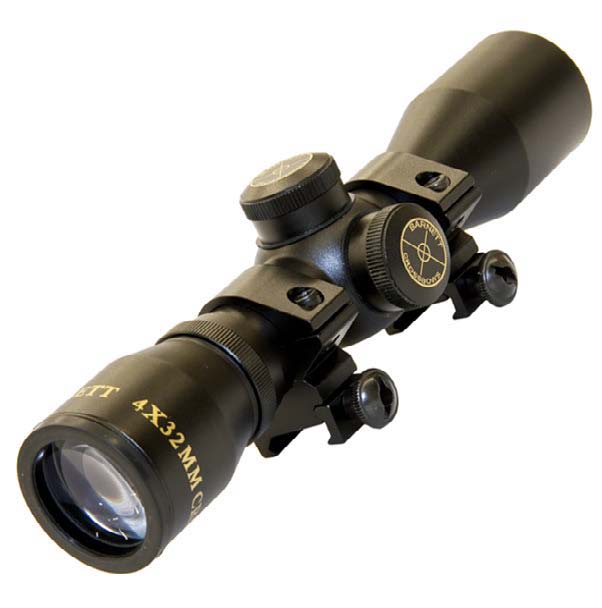 To say that I was surprised with the performance of the TS 380 would be a slight understatement.

Over the past decade, Barnett has made great strides in quality control, crossbow features, and crossbow performance. I have little doubt that with an optics and arrow upgrade, the TS 380 would be a high- performing crossbow.

As it stands now, most hunters will probably be more than pleased with the package’s included components and may never have the desire to upgrade. With the package only including two arrows (and I know of no one who carries only two arrows to the field), an additional arrow purchase will be mandatory after purchase anyway, so an arrow upgrade should be made. Additional aftermarket purchases of a sling and broadheads will make the TS 380 ready to carry to the field. 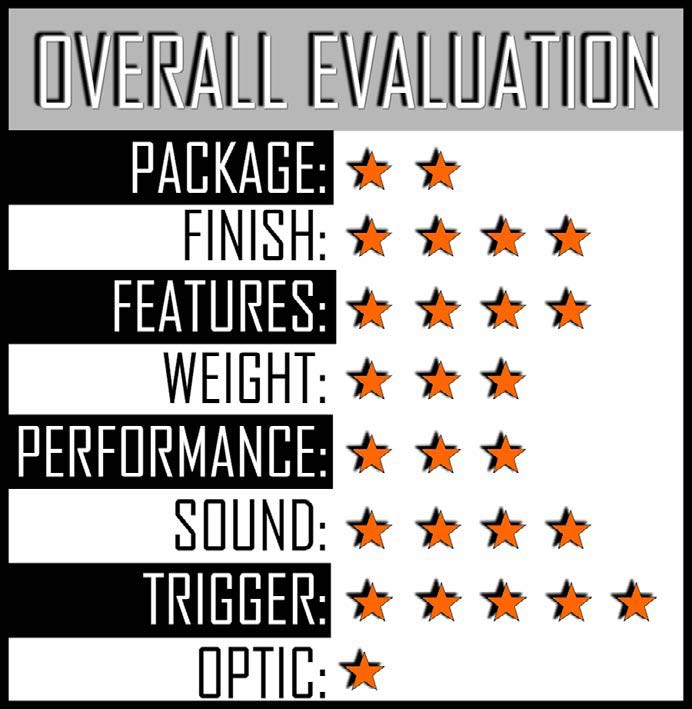 The TS 380 may be the sleeper crossbow in Barnett’s extensive lineup. It offers many quality features from a company with over 50 years of crossbow innovation. With its user-friendly ergonomics, built-in stock adjustability, accuracy, and price point just over $500, there’s a lot to like. 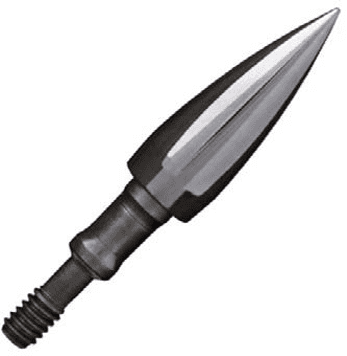 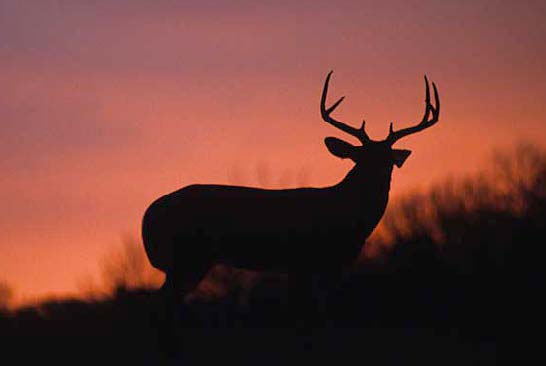 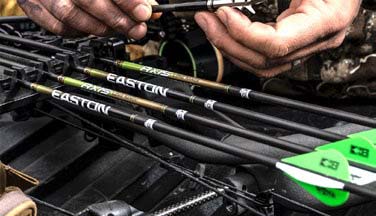