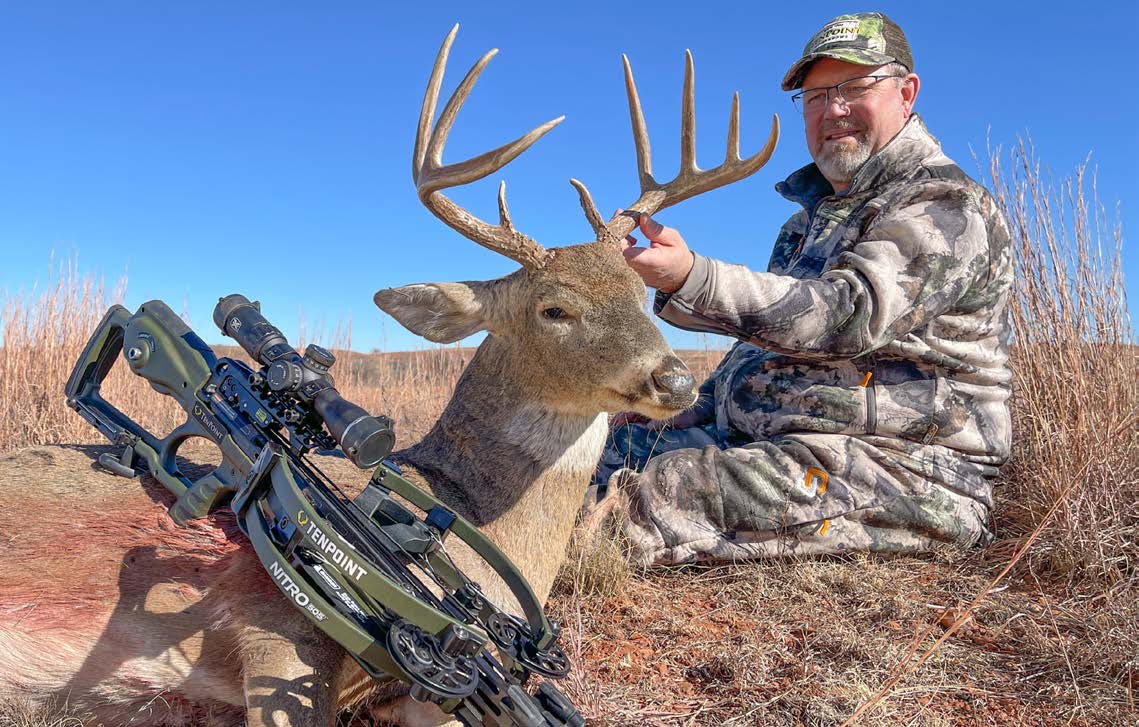 My Speed Demon With Red-Dirt Bucks

Travel in the current world is anything but dependable. The good news is that having focus and determination will eventually get you there. My recent trip attests that travel can be worth the time and trouble.

We arrived at Rut N Strut Guide Service (www. rutnstrutguideservice.com) in western Oklahoma well after sunset. The archery targets had already been set up and we aimed the truck’s headlights into the abyss to find an exact aiming point. The adventure was my first hunt with the new TenPoint Nitro 505, the fastest production crossbow on the market. I cocked the bow, slid an arrow down the rail, and pinned the center of the one-inch fluorescent-green aiming dot at 20 yards. A second shot with A SEVR broadhead, with the lock screw inserted to keep the blades from deploying, gave me confidence for the morning hunt. 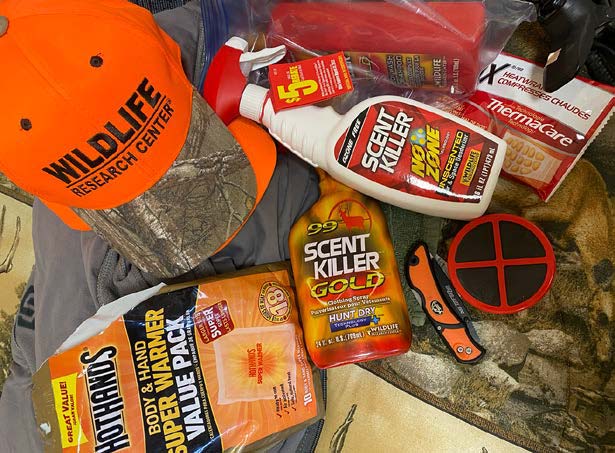 The next day, we were up well before light, and I paced the kitchen while rushing a cup of hot coffee. Todd Rogers, a long-time friend and guide, had the truck warmed up and indicated it was time to roll out. The anticipation had my stomach doing backflips. After all my years of hunting, I still get excited about every day in the field.

The truck bounced down the red-dirt trail and stopped at the edge of a barbed-wire fence. Todd provided instructions to follow the fence to an elevated blind, where I would take up residence for the morning. The morning air was cool and calm by Oklahoma standards. I found the hide, stealthily climbed the ladder, and slipped into the chair as quietly as possible. I quickly organized gear and cocked my crossbow. A quick check of the winter wheat field in front of me with my Sig Zulu 9 binocular proved that the deer were not out feeding. The light-gathering ability of the optics was impressive, and I felt confident I had gotten into place without being detected. 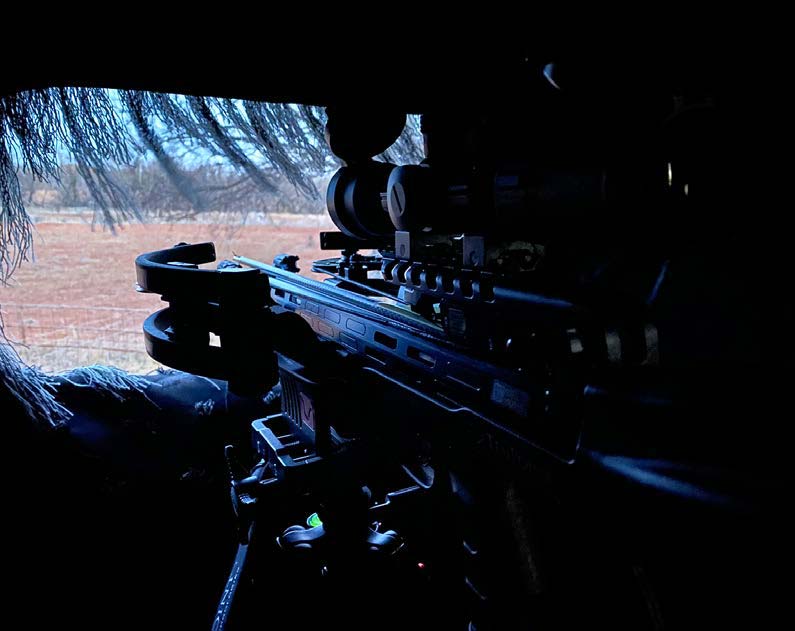 I knew the stand location and anticipated the deer coming from a larger wheat field about a mile away. Does and fawns would trickle down the creek and wooded draws, with the bucks following closely behind. It was still dark when the first deer showed up. It jumped the fence and headed for a low spot in the field where the wheat was green and robust. The starlit sky slowly brightened, and deer were on the move.

Rut activity was evident, giving me even more hope for a productive morning. A young eight-pointer jumped the fence and ran out towards the doe in the field. Legal shooting light arrived, and so did a massive old buck warrior. He was built like a Clydesdale horse. Everything about this deer let me know he had age and respect. His neck bristled and his hide was much darker than the other deer in the field. The old boy strutted towards the other deer, forcing them to scatter. The buck had broken off both antlers fighting for dominance, but that hadn’t dissuaded him from being aggressive and in control. 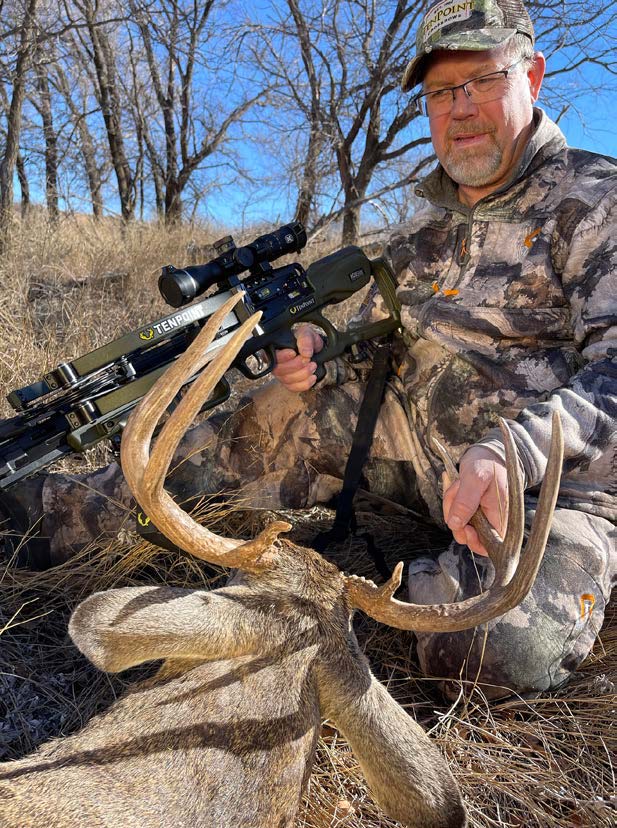 I could hear the rustle of leaves and grass behind the blind and held my breath as a deer walked in under the blind. Peaking through the bottom edge of the floor, I could see the deer walk under one of the legs, so it was directly underneath me. The buck stood for a moment, then moved forward and into the field. It was a nice deer. As I tried to judge antlers, a second buck followed the same path and bumped the other buck farther into the field.

I knew this buck was a shooter and readied myself for a shot. I took a deep breath and settled in behind the crossbow, then watched the deer in the scope. The deer activity in the field kept the focus of all the other deer. Before I knew it, bucks started chasing and the big doe headed for cover. She was followed by a smaller buck. 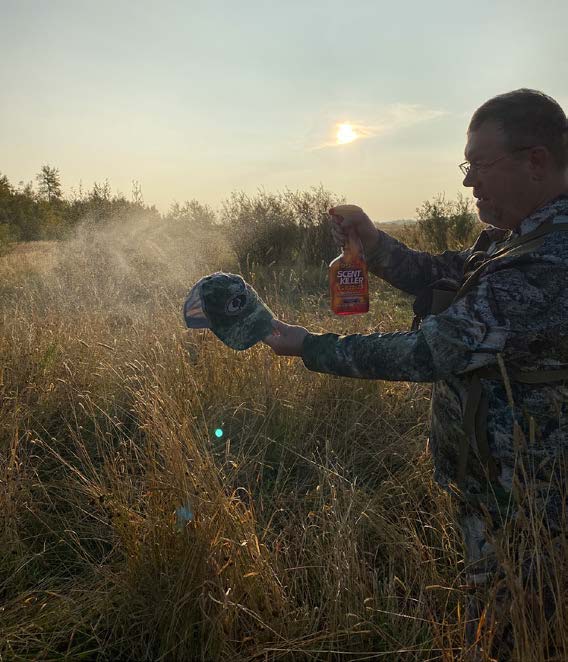 Things happened fast. My target buck started to run towards cover where the other deer had exited the field. I grunted at the deer as it passed the blind at 24 yards, but it kept trotting. I grunted louder and increased the intensity for a third attempt. The buck slammed on the brakes and stood with its head high on full alert, staring back in my direction. My crosshair found the vitals, and when I squeezed the trigger, I heard the distinctive whack of the broadhead cutting hide. The buck did a big mule kick and hightailed it for the fence. I took a deep breath and leaned forward to watch the deer exit into the trees. The buck staggered and fell within sight. The Nitro 505 is a speed demon, and even though the deer was looking directly at the blind when I shot, it did not have time to jump the string. The arrow passed clean through the deer and traveled another 30 yards into the field, where I found it in the wheat.

It took me longer to travel to this spot than the amount of time I had spent hunting, but I felt fortunate for my first-day success. 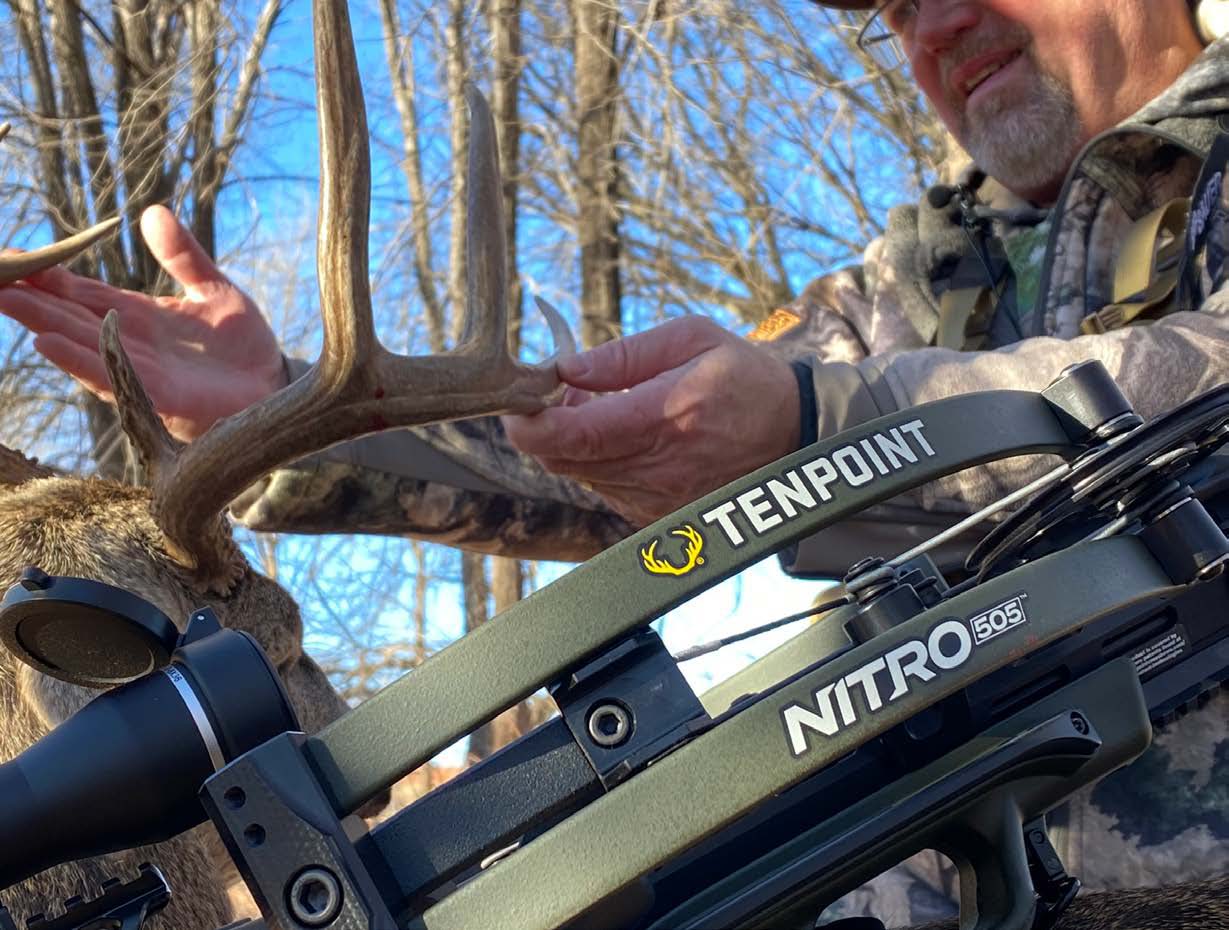 The Nitro 505 is a balanced, easy-to-handle, reverse- draw crossbow that shoots as fast as its name indicates, producing 227 foot-pounds of kinetic energy. The safety standard is evident with the innovative ACUslide silent cocking and safe, easy, and intuitive de-cocking system. The Nitro 505 measures an ultra-compact 6.5 inches wide and 30.7 inches long, with a 17-inch power stroke. The crossbow weighs just 7.9 pounds (without accessories).

The new cam system was designed with deeper cable grooves and improved cable spacing, allowing for an increased strand count on string and cables for added strength and durability to keep up with unprecedented speeds. TenPoint has been utilizing its Vector-Quad cable technology for several years to stabilize the cams and limbs for consistent, repeatable performance. The system uses four cables instead of the traditional two, eliminating cam lean and generating straight- nock travel, leading to X-cutting accuracy down- range. Make sure to use different aiming points when shooting targets to prevent arrow damage on the range. 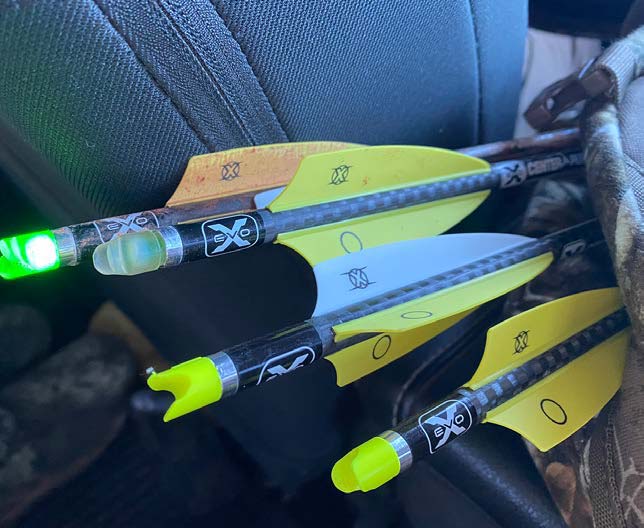 TenPoint’s ACUslide Auto-Brake Gear System allows for silent cocking and safe and controlled de-cocking of the crossbow. The 7 ½-inch XTEND Adjustable Crank Handle stores in the butt of the crossbow and only requires a cocking effort to five pounds. The reverse draw system allows a 17-inch power stroke to generate speed and energy and keeps the bow balanced and not front-heavy. A 2-stage, S1 trigger with a zero-creep design and an advanced roller-sear system delivers a consistently crisp, 3.5-pound pull. The trigger is equipped with a DFI (Dry- Fire-Inhibitor) and is fitted with a nylon-filament arrow retention brush that improves arrow grip and alignment to reduce noise and vibration.

The Nitro 505 is assembled on an ultra-light, two- piece TECH-X, ideal length-of-pull, and rail for mounting optics with proper eye-level alignment. 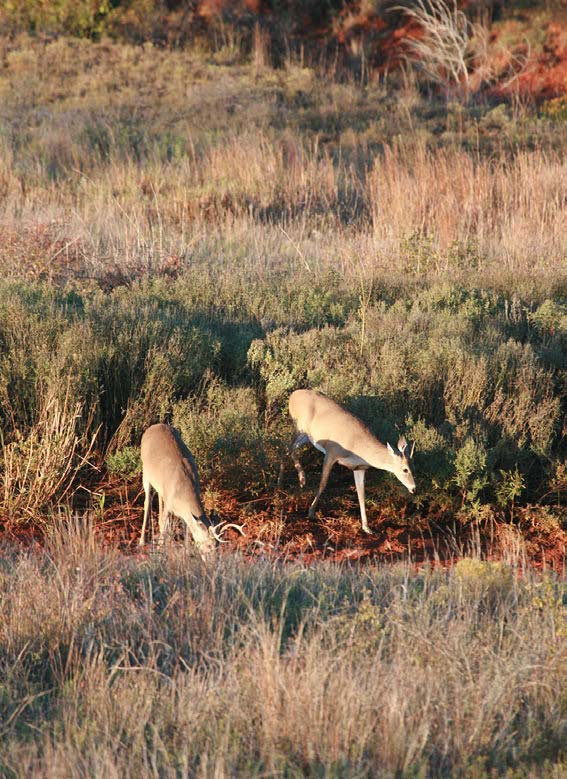 The Nitro 505 ships completely assembled in a Ready- to-Hunt package that includes: 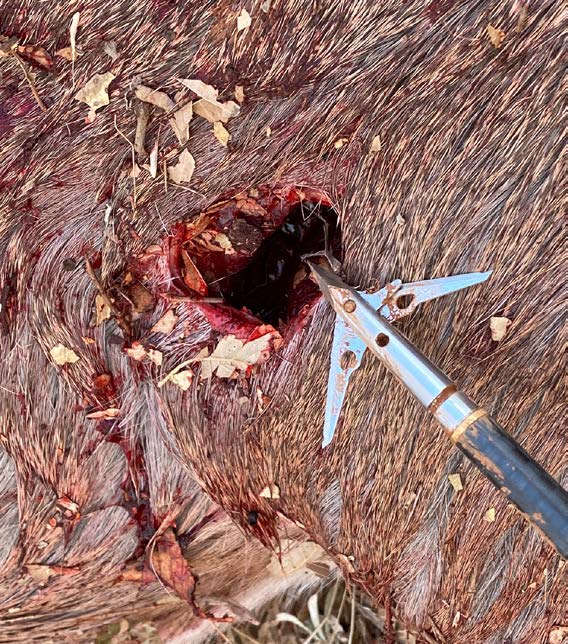 SEVR has engineered its heads with the blades folded into the ferrule and uses acceleration, wind, and travel speeds to push the blades closed. An “O” ring is added to ensure centrifugal force, so fletch and spin do not have an opportunity to accidentally deploy the blades. The rear-deploying blades open on impact and lock in place, with no lost energy on a pivot. The blades provide an immediate slap-cut and steer their way around bone as they cut a trail of mass destruction.

SEVR broadheads are available in 100-grain heads with a 1.5, 1.7, and 2.0-inch cutting diameter. The heads performed flawlessly with the high speed of the Nitro 505. SEVR broadheads have field-point accuracy that can be tested using a lock screw in the head you intend to use to hunt. Shoot it, remove the lock screw, and go hunt. For more information visit sevrbroadheads.com 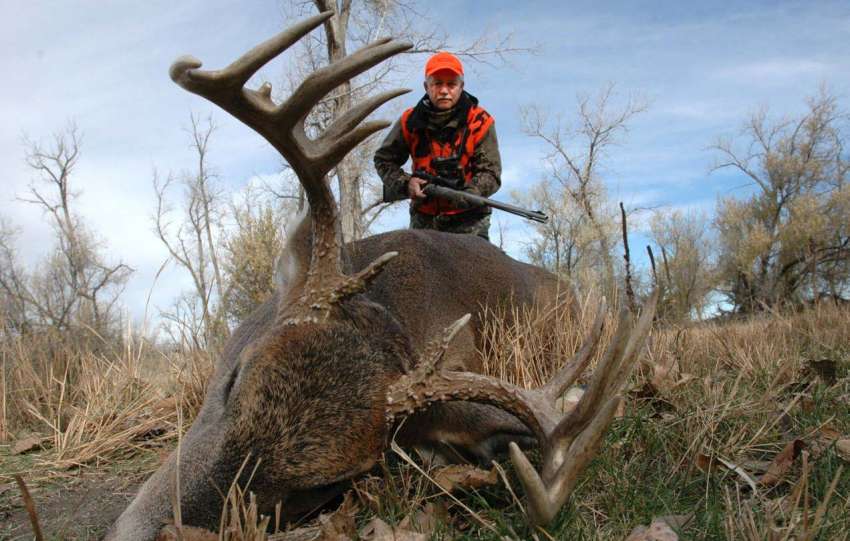 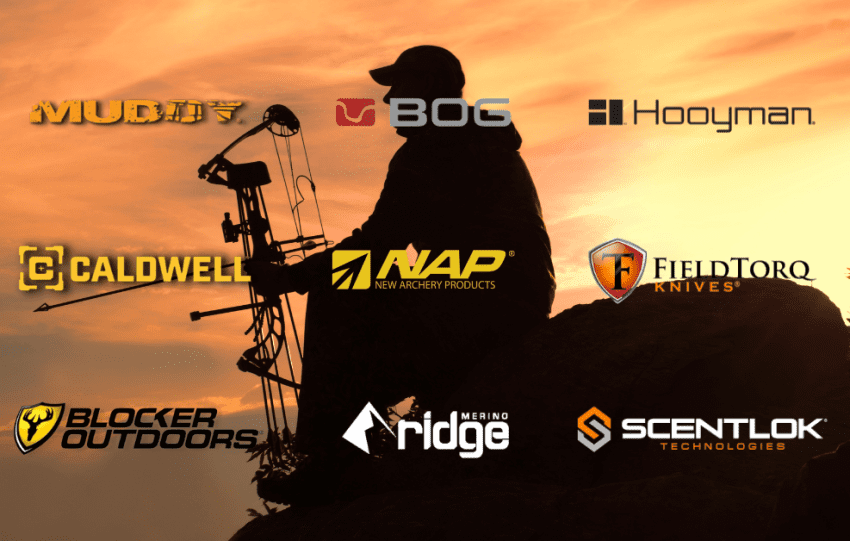 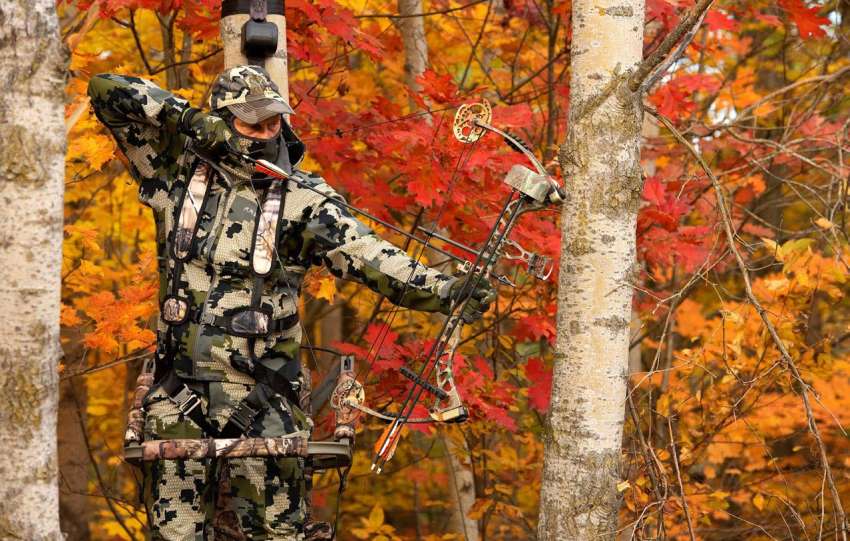 Success From The Stand!