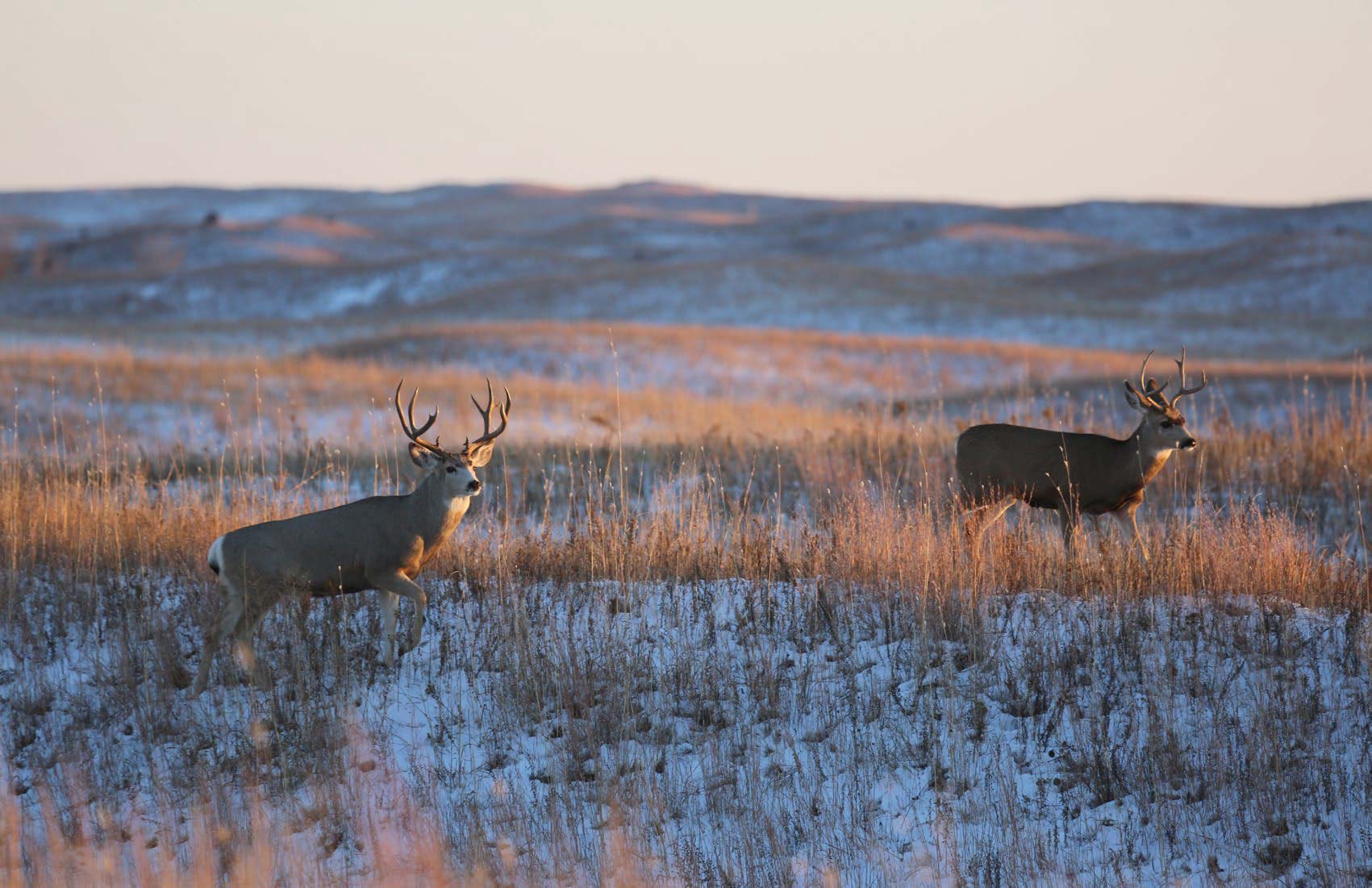 The first two years I hunted with a crossbow, I chased white-tailed deer, turkey, and black bear and never had the opportunity to pull the trigger. It was conclusive evidence that hunting with a crossbow is not an unfair advantage. Just because you hold a bow horizontally does not mean the animals will run or flock within range.

I love hunting and spend a considerable amount of time with rifles, shotguns, muzzleloaders, and bows— both vertical and horizontal. From personal experience, bow hunting is challenging, no matter what type of equipment you use. Anyone who claims hunting with a crossbow is easier than with a vertical bow has not tried it. The bottom line is that a bowhunter needs to develop refined hunting skills to get close enough for a clean kill with a single shot. The challenge is really in the hunt and not in the tool chosen to harvest the game. If a hunter can get within 30 yards of an elk, will it matter if the harvest is with a vertical bow or crossbow? No. 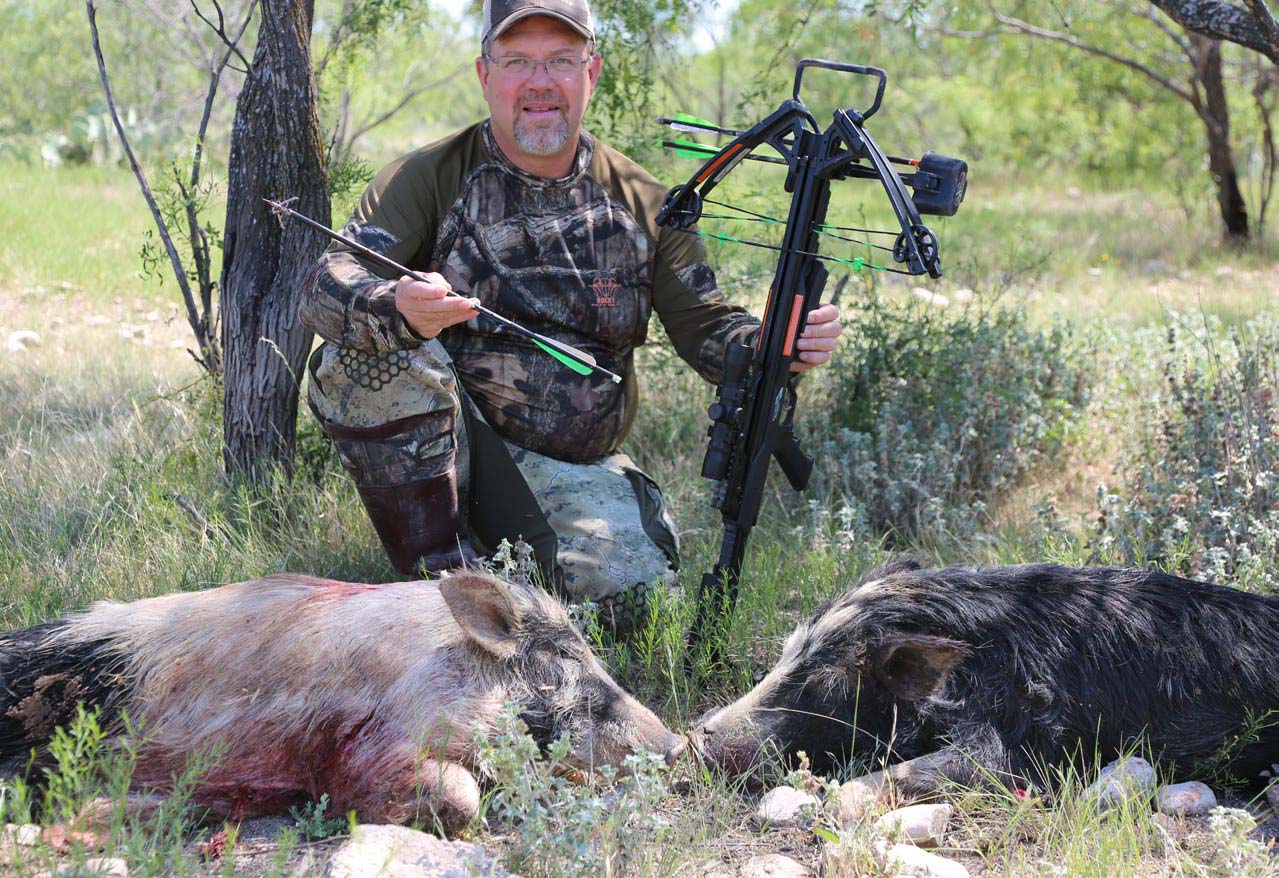 Most bowhunters are passionate about their beloved pastime. There are times when they spend every possible moment thinking about how they can get back in the bush or treestand. Some are captivated by the challenge of traditional equipment and choose to hunt with a recurve or longbow. Most embrace the newest technologies of the compound bow, and all they have to offer. However, there is a significant stigma regarding crossbows, where some vertical bowhunters vocalize their contempt for the horizontal cousin. 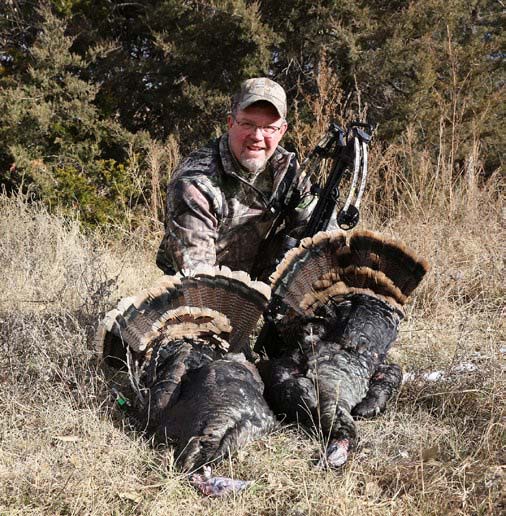 There is a significant amount of money spent on hunter recruitment in North America. Nevertheless, some hunters still alienate segments of the hunting community where new people could get involved, and others could enjoy greater participation.

I purchase hunting licenses every year to harvest a deer with a muzzleloader, shotgun, bow, or crossbow. Over the years, I’ve taken some great bucks with all of the tools available, and I’ve never been criticized until I tried to do it with a crossbow. I’m not sure why the fuss, as I cannot take any extra deer, and when we get down to it, the harvest of the animal is simply a choice of tool.

I enjoy shooting all types of bows and find it gratifying to tune and tinker with them to get better performance. I do know I have been able to introduce more people to archery in general because they were able to try a crossbow. The horizontal bow is easy for beginners to engage and become proficient with, which should not be considered a negative.

I will be the first to admit the crossbow takes less time to become accurate or proficient. It is a tough comparison to make, as I have been shooting a vertical bow for 30 years and feel I’m just as accurate with it as any horizontal bow. My consistency and confidence come from years of shooting. The big question is, why wouldn’t we want all hunters to be consistent no matter what they hunt with, and why would we set a time constraint on what is an acceptable learning curve?

I am a hunter first and foremost, and whether I choose to hunt with a gun, vertical bow, or crossbow does not change my passion, ethics, or standards. I bow hunt because it is a rewarding way to harvest game successfully. Who does not like to be close to the game they pursue, and challenge personal skills developed over the years to succeed? It is a unique high that only a bowhunter can experience or know. When an arrow passes through an elk, moose, or deer at 20 yards, I will get the same satisfaction, whether released from a compound bow or a crossbow. 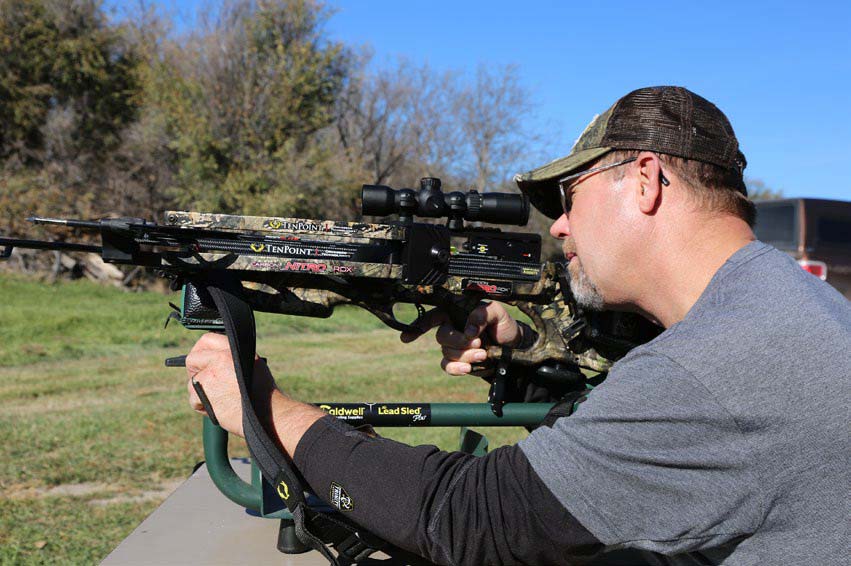 All of us as hunters are judged and often criticized by the general public, and we try hard to justify what we do. Within the hunting community itself, the only people we should be fighting against are those trying to take away any or all hunting rights.

We need to find better ways to keep the hunting community cohesive and working together to benefit us all. If bow hunting were ever challenged as inhumane, all hunters would have to rally to ensure survival. Some jurisdictions do not allow archery at all. It would be best not to provide reason to those who do not want any hunting at all. 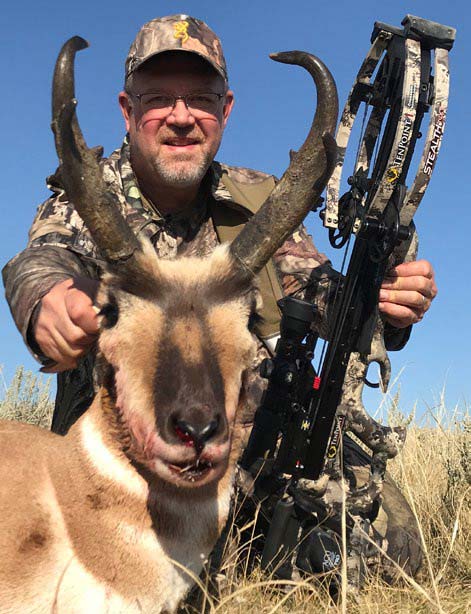 I challenged some of those who criticized me for using a crossbow and asked them if they had ever shot one themselves. When those hunters said “no, and they never would,” it told me firsthand those opinions were based on emotion and speculation. How could they be critical if they had not even tried it?

North American wildlife populations and available hunting seasons would be considered a big pie. There is certainly enough for firearm and bowhunters to share the resources. How we share individual seasons is another issue. One would like to think all hunters have equal access to public resources and opportunities.

If you have not tried a crossbow, it might be time to pick one up. There is a learning curve and safety concerns when using one, as with any firearm or bow. Do not be fooled in thinking you can pick up a crossbow and use it without knowing the basics. I never let anyone draw my vertical bow without an arrow on the string, as there is always a chance they will blow it up. The same due diligence is required with crossbows and making sure they are used safely should be your number one concern. There is a misnomer that anyone can pick up a crossbow and use it proficiently right out of the gate. I urge any vertical bow shooter to use a crossbow at the same distances you would hunt with your vertical bow and see the results? With anything, practice is paramount, and you are likely to find your vertical bow still has the advantage because of the amount of time you have spent with it. 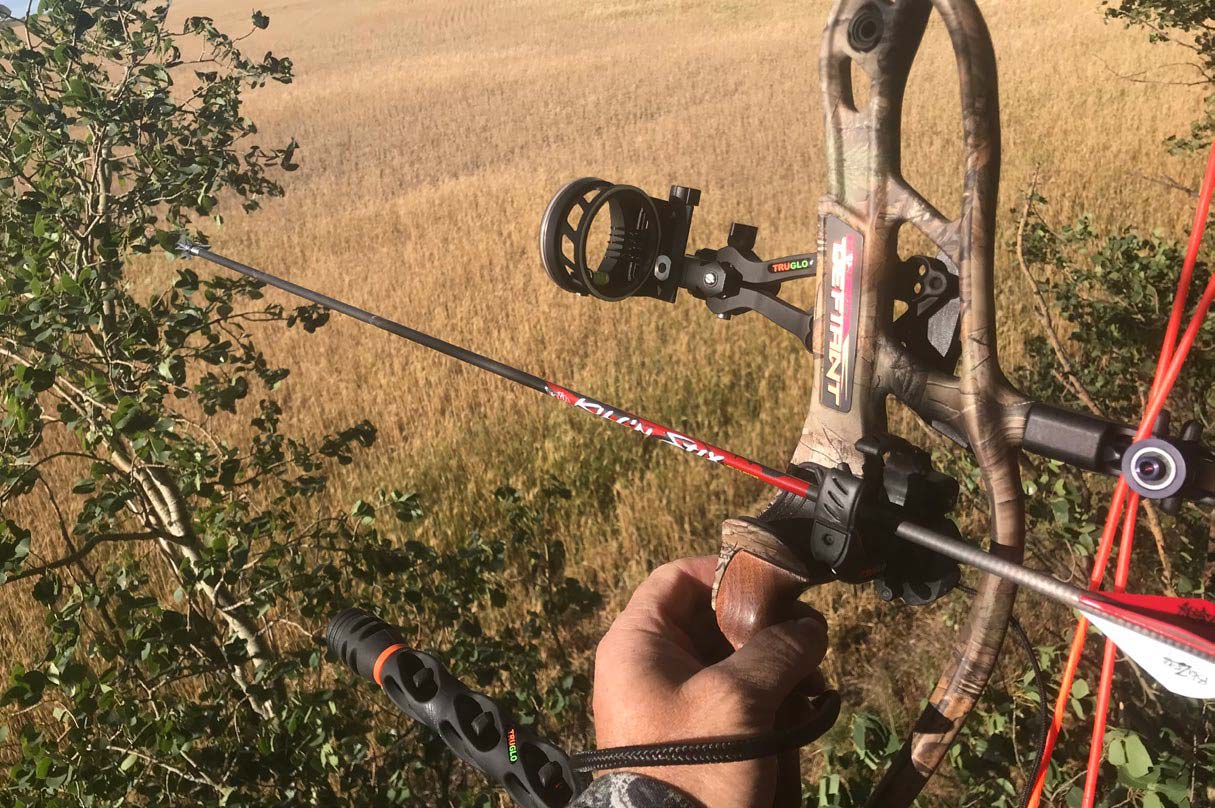 The entire hunting community needs to be looked at as a fraternity that works to the benefit of all. Hunting should be a conservation-minded of personal reward and satisfaction. How we obtain those things from our passions in life should be an individual choice.

I have shot elk with my rifle, muzzleloader, and vertical bow and hope someday to take one with a crossbow, too. It is a personal challenge I’m definitely up for and opting for a horizontal bow over a firearm will help me accomplished that goal in my home province. 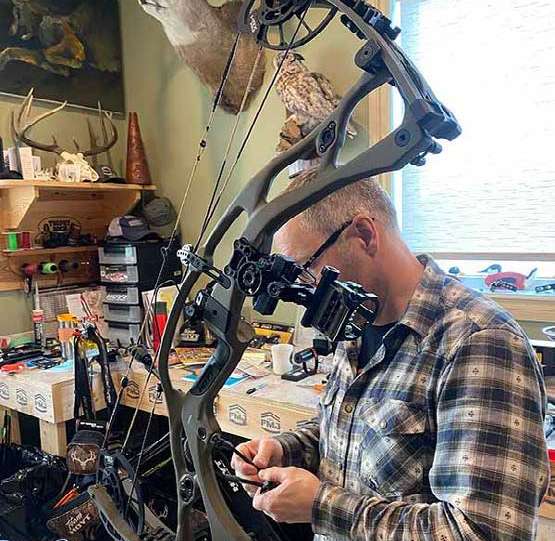 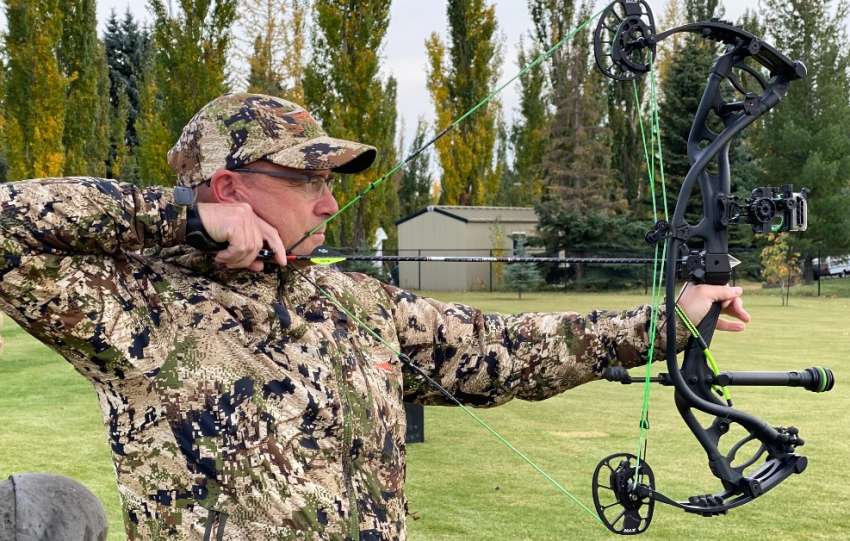 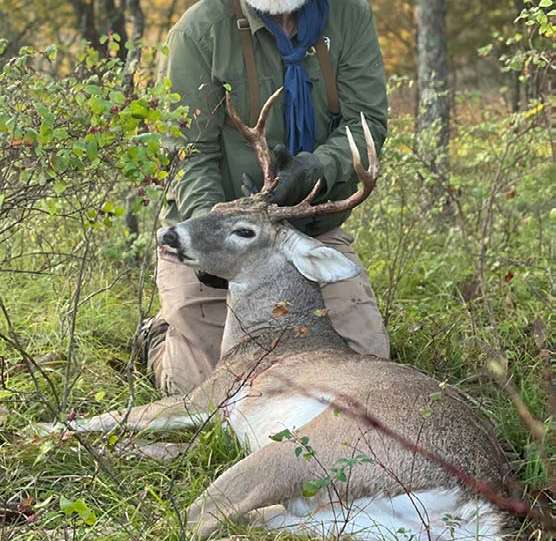 Management or Trophy Buck? It Depends…