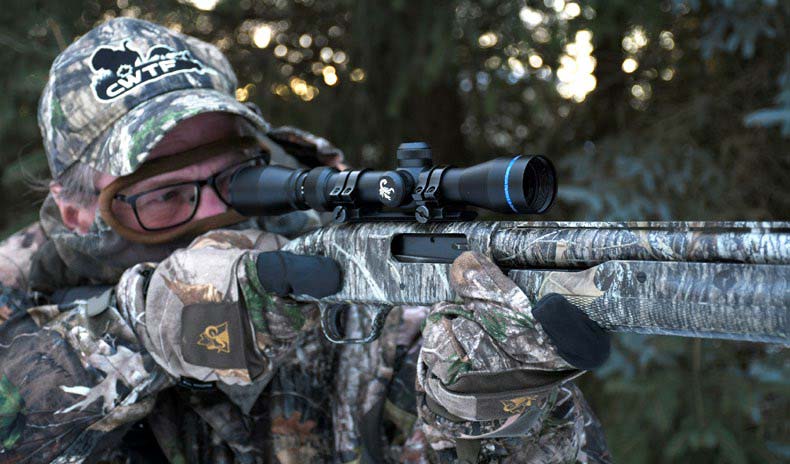 The Technical Know-How Crucial to Purchasing the Right Deer Scope

Are you looking for a new scope for your deer gun? The options for a hunter in the market for a scope have become so numerous that it can be intimidating to try to decipher the technical lingo.

The first consideration when choosing a scope is to look at its intended purpose, keeping in mind what the typical shot distance is likely to be. For deer hunters in Eastern North America, that’s often quite different than in the West.

“For hunters picking out a new scope, especially for those who may be hunting for the first time, one of the things to consider before purchasing is how exactly you plan to use the optic and what firearms it will be going on,” said Matt Rice, of Bushnell. “A riflescope for hunting Whitetailed deer might not be the same one you’d choose for hunting predators. Knowing the distances you are apt to be shooting from, the area you will be hunting, or other considerations such as the type of hunting you’re undertaking might require different optical features.”

Mark Boardman, of Vortex, goes a step further, making a good suggestion for those hunting deer in tighter cover.

“For any hunter looking to get a new riflescope, the intended application, the firearm it will be mounted on, and your budget will dictate which riflescope will ultimately work best,” he said. “A riflescope perfect for Midwest Whitetails might not be the ideal choice for a rifle and shooter capable of sub-MOA groups that has gone through the process of getting precise ballistic data and embarking on an open-landscape Western hunt. That said, it’s easy to get into the ‘more is better’ mentality when it comes to magnification, objective diameter, and features. If you realistically won’t be taking shots beyond 300 yards, your money may best be spent on optical quality.”

Optical quality is one of the factors that translates into brightness to be able to shoot that eight-pointer at dusk in the woods. It gets dark a lot quicker in the forest, so brightness is a crucial factor.

One of the next steps for a would-be scope purchaser is using the Internet to check out the options. There are bargain basement optics, but you get what you pay for. Although optics have made huge strides in brightness and light transmission, generally name brands are a safer bet.

“Before you get all caught up in the features of scopes, you need to pick a base design and brand that offers quality and repeatable accuracy because in the end that is what matters,” offers Logan Holtz, of Burris Optics. 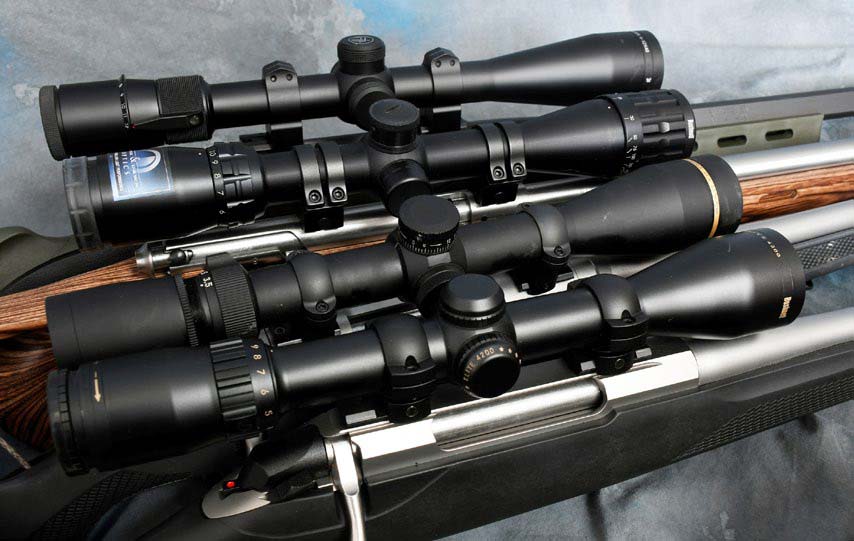 The terms first and second focal planes refer to which end of the optics the reticle is on.

Second focal plane is what most hunters are accustomed to, and in this vein, when the scope is zoomed, the reticle stays the same size. The disadvantage to this system is that holdover reticles are only accurate at the highest zoom size, since the distance between the dots doesn’t change with the power.

First focal plane is a more recent innovation. The reticle size changes as the power is zoomed. This allows bullet drop reticles to be used accurately at any power.

Scope power is a decision that needs to be based on the type of hunting situation encountered. For instance, on my turkey/deer shotgun, I use a 1.5-5 power scope, and it’s perfect. In more open country, a higher power would work better. A good compromise that is often missed is a 2-7. For those who hunt more open country along with tight cover, 2.5-10 is a good compromise.

“One the things new scope buyers often do is ‘over-power’ their rifle,” Rice said. “An example of this might be picking a riflescope with high magnification, which usually adds extra weight and size, and then only using the lower end of the magnification settings. Taking the time to really analyze what features you need and how you will use the optic can help simplify the selection process.”

“Fear of missing out on that other 10% of the time you’ll use that optic usually hangs people up,” said Jimmy Hamilton, Vortex’s chief media ambassador. “Remember, almost any riflescope can be used in any situation, and there is no such thing as the perfect scope for every application. So, get the one that will make the activity you spend the most time doing easiest and most pleasant, then deal with the trade-offs if and when they arise in your secondary focus.”

The standard for years was one-inch tubes for the main part of the scope that the rings attach to. Although many manufacturers offer 30 mm tubes now, this does not translate to a brighter scope; rather, it was done to allow more height adjustment.

The other consideration is the size of the objective lens, or the front lens of the scope. A larger objective lens will allow more light through, but the difference will only be seen at dim light conditions and the highest power settings. The trade-off is more weight and having to mount the scope higher. A higher scope mount can make seeing through the scope challenging when mounting the gun quickly. 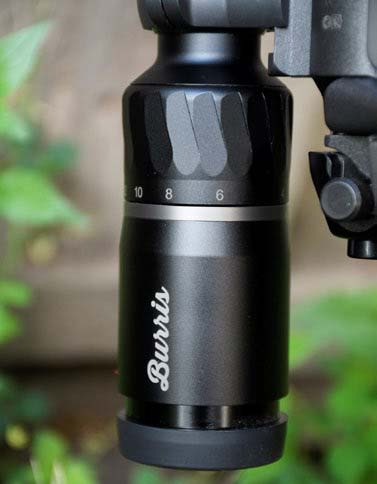 The latest fad is various proprietary bullet drop compensation systems built into the reticle to allow shooting at greater distances. While this option sounds like a great idea for any use, if the shot isn’t going to be beyond 300, this factor just adds confusion to the sight picture. Another option for long-range shooting are dials customized to the caliber and bullet. These allow the distance to be dialed in after using a rangefinder, so no holdover is needed.

Another consideration is that the fine crosshairs in a target scope might not be ideal in the last minutes of twilight when hunting. For those looking to push the last minutes of legal shooting time, illuminated reticles or a red dot in the middle of the crosshair is an option. This is different than a red dot, which has no reticle, and which won’t work without batteries at all.

Bushnell broke new ground with its Rainguard coating to prevent scopes from fogging up and to increase visibility when raining. The latest upgrade to this is EXO Barrier.

“EXO Barrier offers both a hydrophobic and oleophobic lens protectant to help defend not only water and fog but other items like dirt, debris, and oil,” Rice said. “EXO Barrier is added at the end of the coating process, and molecularly bonds to the lens and fills microscopic pores in the glass. The result is an ultra-slick coating that is designed to last the lifetime of the optic.”

Other manufacturers have their own options for the same purpose.

How Smart Are You?

Burris changed the long-range shooting game a decade ago when it introduced the Eliminator scope with a builtin rangefinder. It automatically calculates holdover based on the caliber and bullet weight. The company is now on the fourth version of the Eliminator, with improvements along the way. Other manufacturers also offer models.  “With the Eliminator, there is no need for a smart phone, separate rangefinder or any of that,” Holtz said. “Just put your crosshairs on the target, push the range button, and the scope instantly provides the distance to target and an exact holdover dot on your reticle. This hold-over dot is tailored for your exact gun and ammo, and it factors in the angle of your shot. There is also a wind estimate provided in the field of view to help you gauge wind hold-over.”

What Should a Scope Cost?

There’s an adage that a scope should cost more than the rifle. Optics have made huge strides in improvements since the advent of that saying, but generally the more money spent, the better the glass and the brighter the optic.

Another consideration is to purchase a scope from a gun store, getting advice and input from the sales staff. They hear what works and what doesn’t and can help guide your decision. Ultimately, the best decision will be a well-informed one.

Jeff is a passionate outdoorsman who enjoys hunting with his family in Southwestern Ontario, and beyond. Jeff looks forward to turkey hunting each spring, and then switches to fishing with his family for perch, walleye and bass in the summer. In the fall, Jeff is busy chasing whitetails, waterfowl, fall turkeys and moose when he isn’t working or pheasant hunting with his English cocker spaniel.

View all posts by Jeff Helsdon 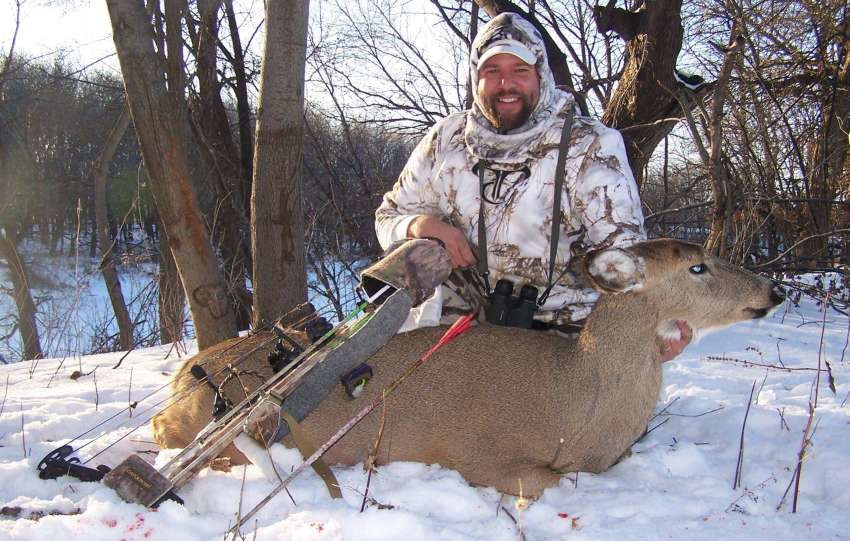 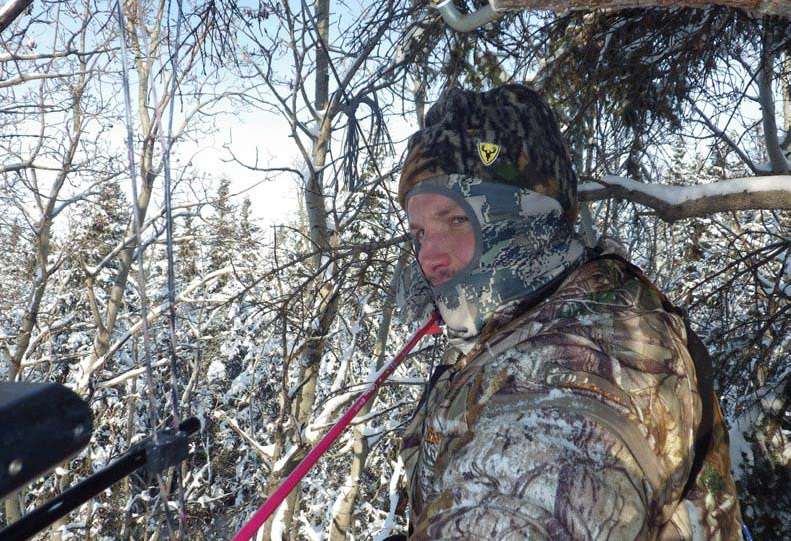 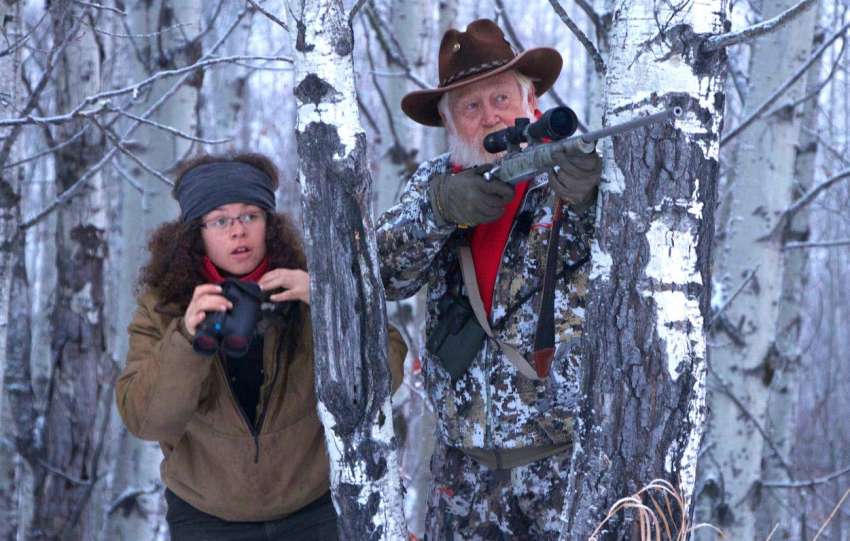 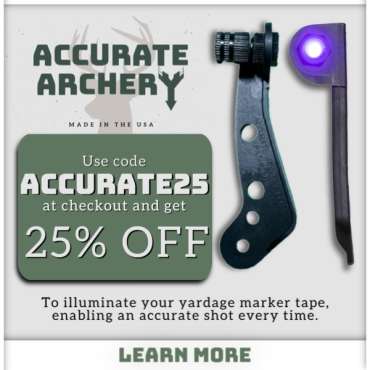